Educare was founded by June and Jim McHenry in Franklin, Tennessee in 1998. Jim, a Licensed Alcohol and Drug Abuse Counselor, and June, a Licensed Clinical Social Worker, were asked by the Honorable Judge Lonnie Hoover and Honorable Judge Al Nations to create a batterers’ intervention program. Jim & June educated men and women who were involved in domestic violence cases.  The program called “Eristic” which is Greek for quarreling, provided intervention for over one thousand men and several hundred women over the next eighteen years. During their work, it became evident that alcohol and substance abuse played a significant role in many domestic violence incidents. A substance abuse psychoeducation class was added to intervene & introduce individuals to a pathway to recovery.

In 2005, Jim decided to retire and June moved on to other ways of helping people. Tony Owens was completing his Masters’ in Social Work at the University of Tennessee and was asked by the McHenrys to carry on the mission & vision of Educare. Since then, Educare has expanded services to provide numerous types of programs and interventions to the citizens of Williamson County. Jim McHenry died in 2017. In 2018, Educare became a non-profit agency committed to fulfilling Jim’s hope that the Educare message be conveyed to all who suffer. 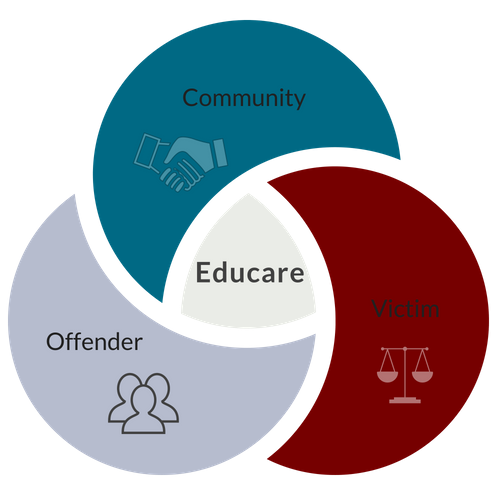 Educare is committed to providing leadership, education, and recovery support that promotes a fair and sensible approach to the criminal justice process. We believe in creating programs and policies that support safe communities while focusing on justice for victims, reparation for the community, and accountability and personal growth for the offender.

Educare will advocate for sensible criminal justice policies in Tennessee and establish programs that offer healing and reduce harm to both victims and offenders.

Mapping our Vision and Values to Educare Programs & Priorities 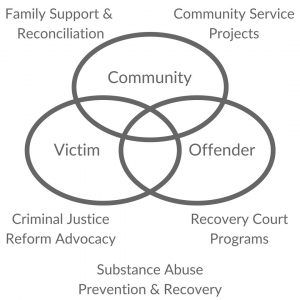